Features:
FY-30A is an inertial attitude measurement instrument used for automated stabilization of fixed
wing model aircrafts and two axis camera gimbals.
FY30A has an integrated three-axis gyro and three-axis accelerometer which controls the aircraft
movement in three-dimensional space. By using your remote control, the unit can be turned on or
off for the following functions:
● Level flight – When stabilizer is activated, the FY-30A will automatically control the
aircraft for smooth easy flying. For beginners in RC aircraft flying, this is advantages as
it makes flight easier and increases the student pilot self-confidence. The system can be
activated throughout the entire flight duration, from take off to landing.
● Emergency Recovery - If you lose orientation or feel the plane out of control, then
release all control sticks, maintain throttle and switch on the FY30A. The unit will
automatically send the correct signals to balance of the aircraft and regain level flight.
● Aerobatics – for the experienced fixed wing 3D pilot, the FY-30A can help you achieve
a more accurate flight path, especially in windy conditions. FY-30A makes 3D
maneuvers such as inverted flight, , crane etc easier and simpler to achieve and maintain.
A great way to practice and improve your 3D flying.
● First Person View - for long-distance RC flight via video transmitter, the FY30A will
maintain the balance of your aircraft. You only need to control the heading of your
aircraft and enjoy the view.
● Firmware upgrade – The FY30A firmware is upgradable by connecting to your
computer via a USB-TTL cable. As Feiyu Tech continuously improves the FY30A
system, firmware upgrades will be released periodically.


How it works
The core hardware for the FY-30A is the integrated three-axis gyro and three-axis accelerometer
which is the basis for inertial sensing. The other major components are an inertial navigation
platform and strap down attitude algorithm designed for fixed wing aircraft stabilization.
When the FY-30A is in auto-balance mode, it detects the aircraft attitude and horizontal
positioning and issues commands to servos that adjust the aircraft control surfaces (Aileron,
Elevator and Rudder) so that the aircraft remains level at all times. Due to this auto corrective
action to maintain smooth attitude and level flight, the FY-30Amakes flying very easy.
When the FY-30A is operating in 3D mode and the aircraft is in an acrobatics flight, the FY-30A
will use the 3-axis gyroscope sensors to calculate roll velocity and overall flight attitude. With this
data, the system will output corresponding control corrections to maintain a smooth aircraft flight
attitude even when doing aerobatics flight.
Since the FY30A is self contained, it can be used in all weather conditions, indoors or outdoors.
Just power up and take off.


Specifications:
Applications
The FY30A can be used in the following fixed wing models:
· Traditional layout fixed-wing aircraft with Aileron, Elevator and Rudder
· Flying wings with rudder;
· Flying wings with no rudder;
· Airplanes with no ailerons (rudder and elevator only)
· V-tail airplanes with ailerons;
· V tail airplanes with no ailerons
· Any other configuration, please email us for consultation - feiyudz@yahoo.cn.
Remote control system:
The FY-30A has been tested to work well with the following RC system:
· Robbe-Futaba PPM / PCM 1024 / PCM G3 mode, 2.4G systems
· Graupner / JR PPM 8, PPM 12, SPCM mode;
· MPX PPM8, PPM 12 with UNI mode
· any other system with a neutral position of 1.5 ms (standard remote control device).


FY-30A OperatingMode
The FY-30A can be operated in three flight modes modes:
● Mode 1: FY-30A Deactivated Mode. In this mode, the FY-30A stabilization function is
turned off. The aircraft is completely under the control of the pilot.
● Mode 2: 3D Control Mode. In this mode, the stabilizer utilizes its 3-axis gyroscope to
sense roll velocity and flight attitude. If no input is given by the pilot (sticks in the middle
position) the FY30A will hold the current aircraft attitude. This prevents rolling of the
aircraft at the axial plane and maintains its current posture. Therefore the aircraft can be
easily maneuvered to complete a variety of 3D flight with added stability and smoothness.
● Mode 3: self-balancing mode. In this mode, the FY-30A will automatically command the
aircraft control surfaces to maintain level flight at all times.
The instruction to change the FY30A flight modes is via a spare channel on the RC receiver. 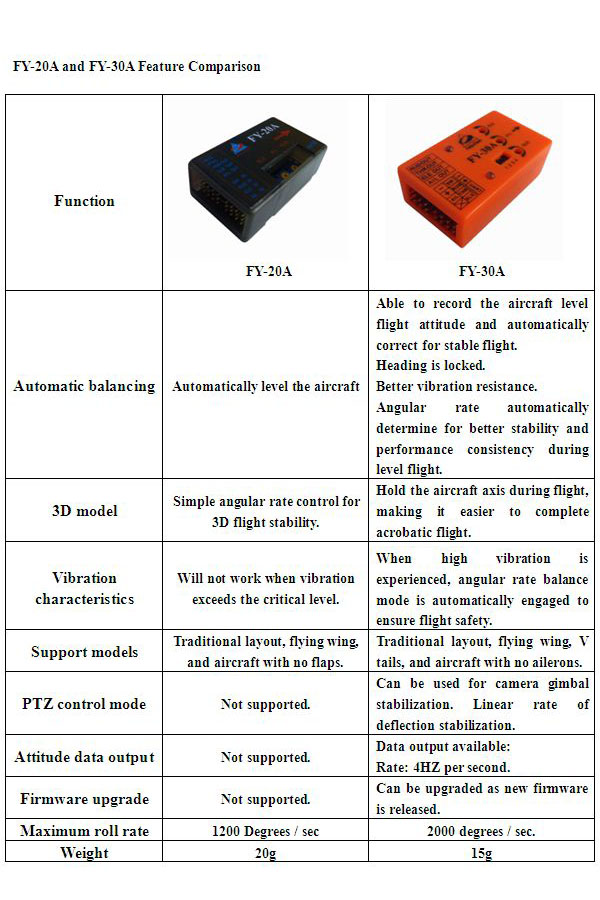 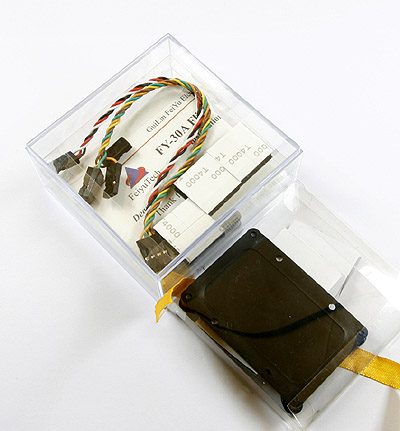 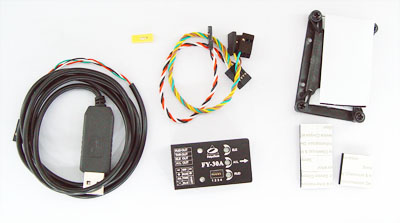 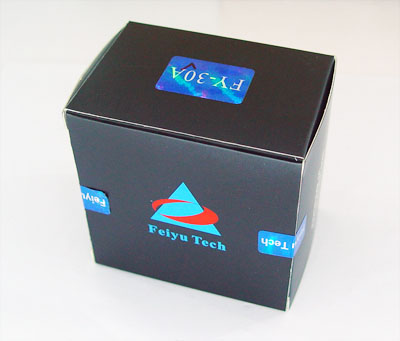